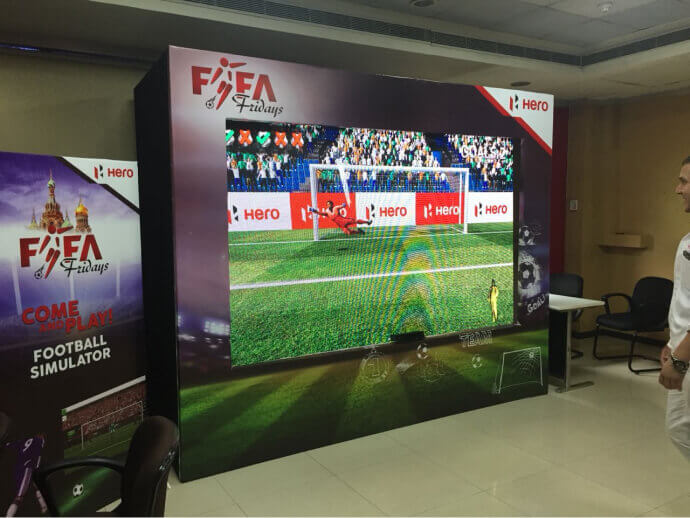 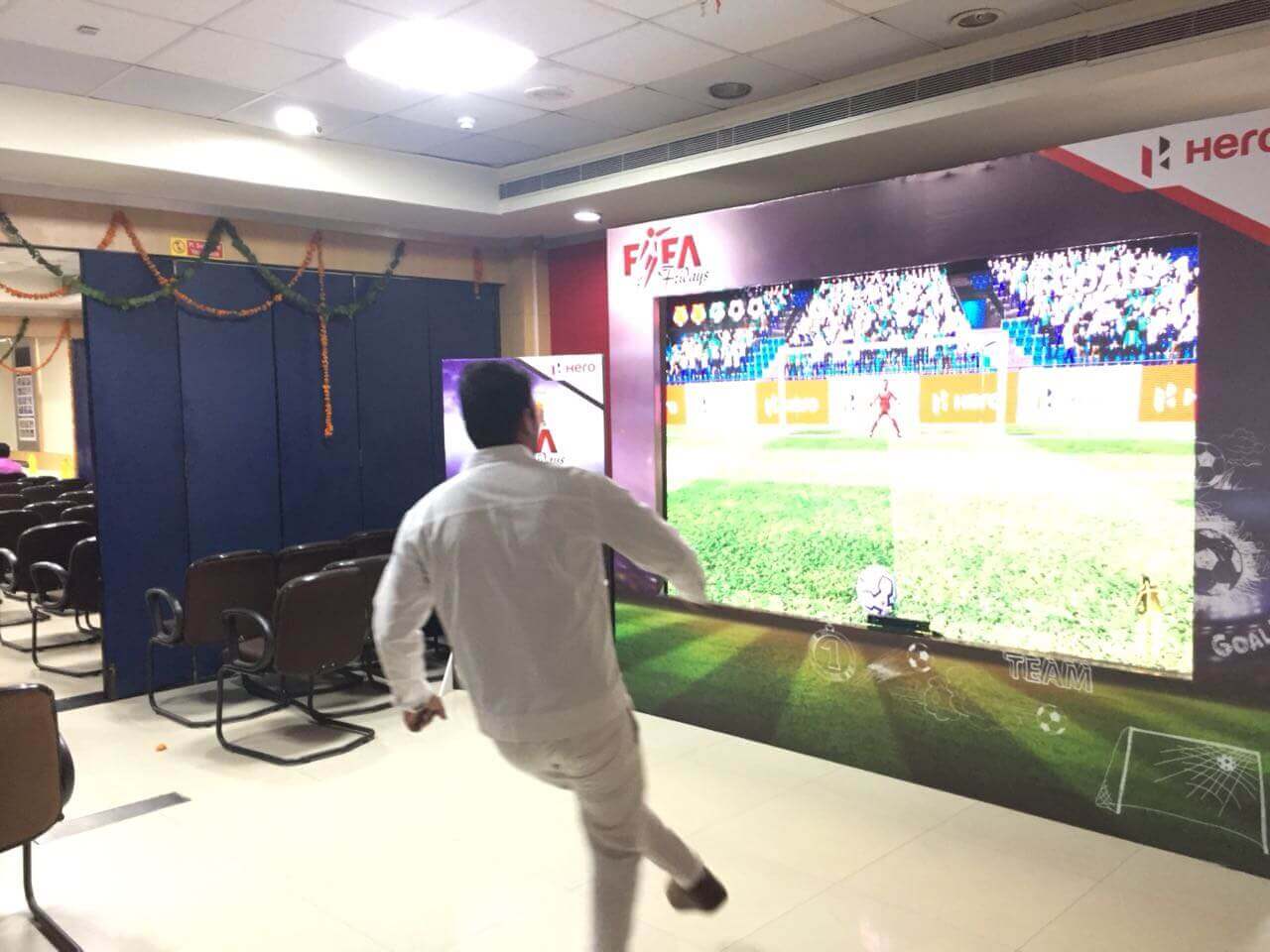 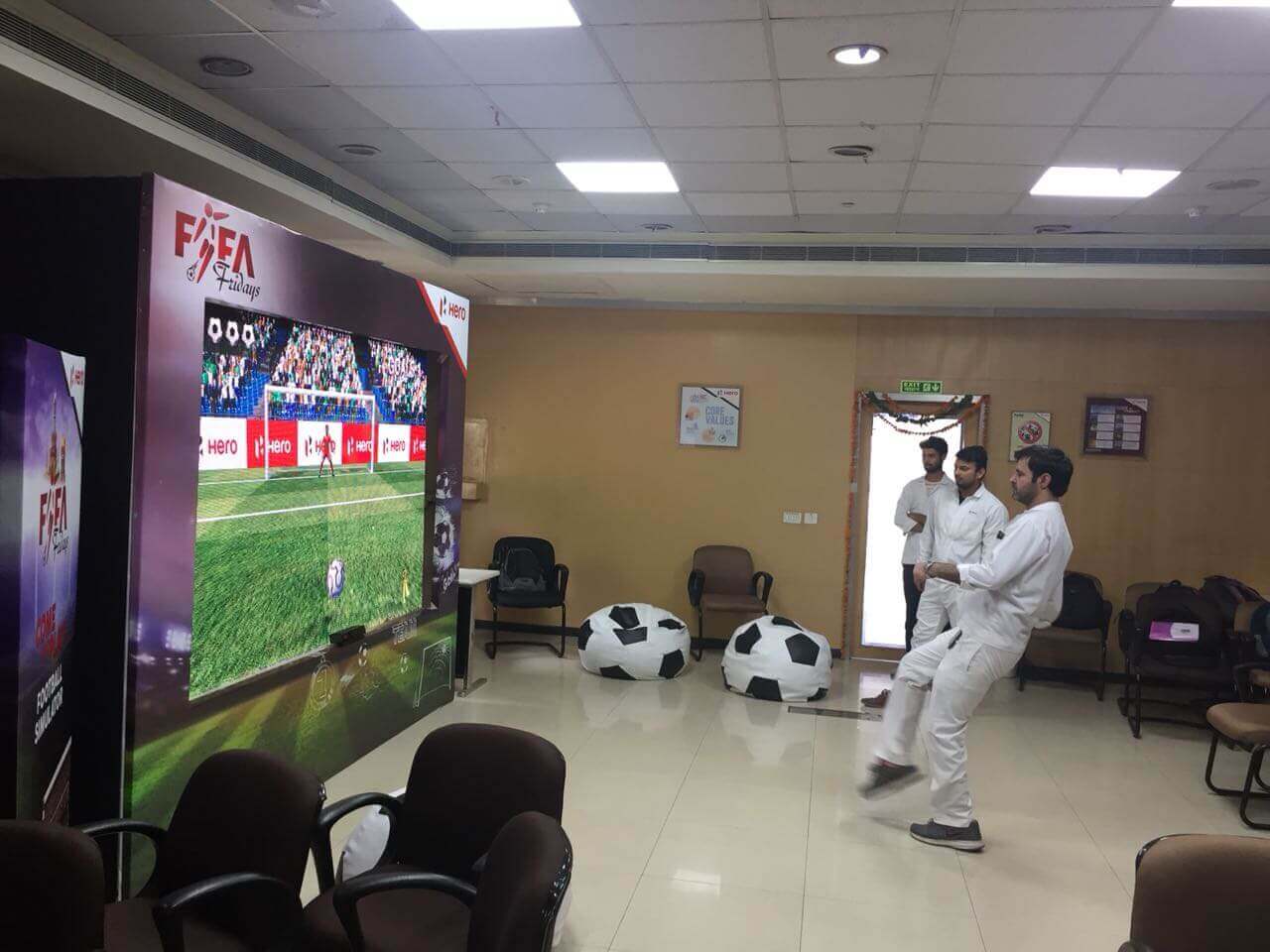 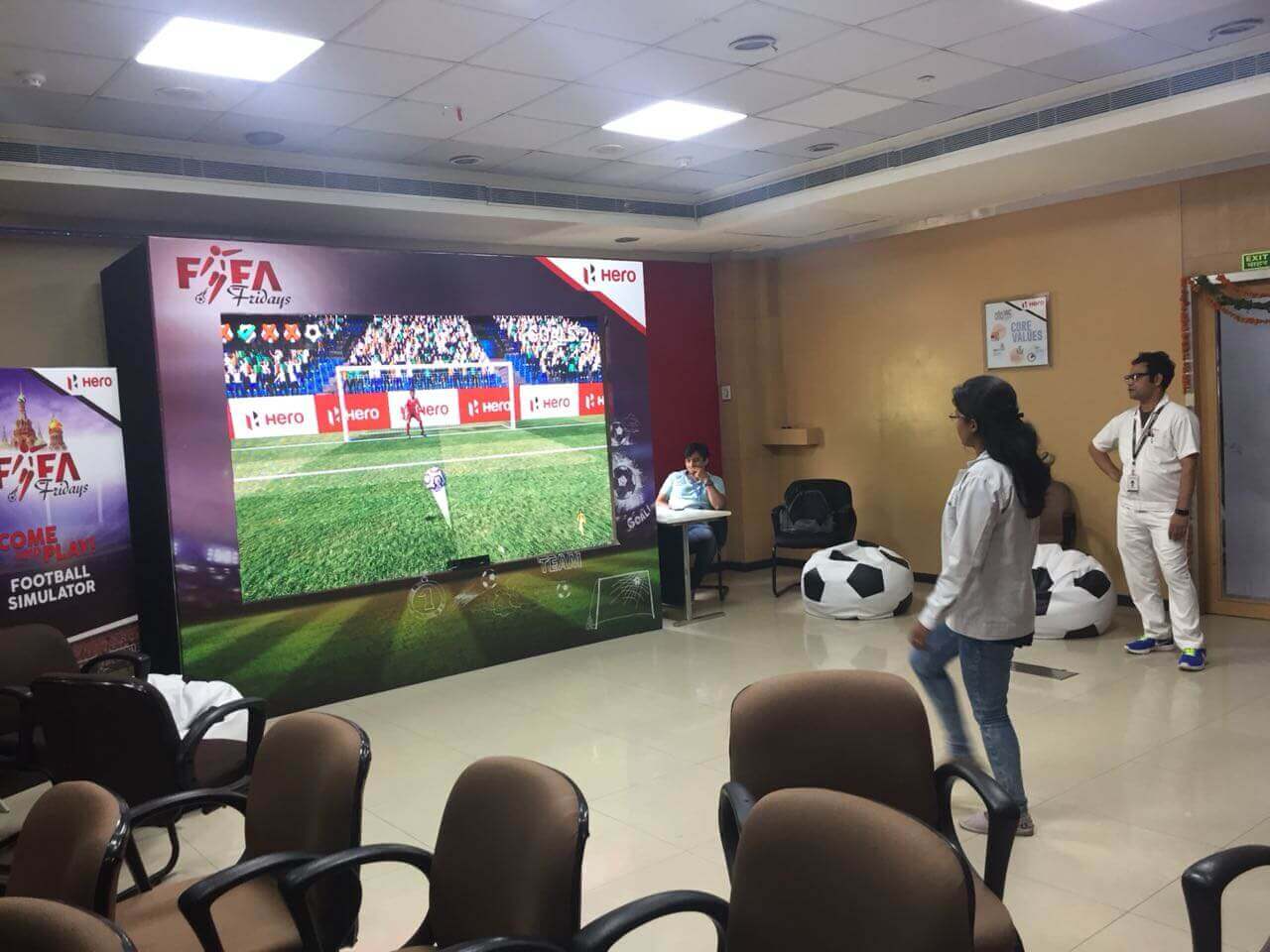 Kinect Penalty Kick Game is an AR/VR stimulated gaming project which was designed and developed for renowned motorbike brand, Hero.

Our team supervised each stage of the master-plan very thoroughly to make sure no afflictions arises during the final deployment.

Gamix Labs development team not only conquered the minimum markups, rather were able to append unique and distinctively intelligent ideas while planning, designing, developing and testing to get an encouraging appreciation from the brand.

The game was sponsored by Hero through Kinect based penalty game, users can experience the real thrill of using a penalty feature. Kinect technology detects the whole body movement of the players that enables players to shoot goals through different body posture and different styles against AI-based goalkeepers.

With Kinect Penalty Kick Game players can feel and play like a real football player while seeing the score board.

We developed the game for Hero's promotion; so, we followed promotional tactics while developing the project. Used the brand's logo in the beginning of the game, then branding in the game, create random audience to offer the best UX experience, and the most gorgeous part using Artificial intelligence for goalkeeping to enrich the game-play..

Kinect Penalty Kick game is based on motion, so our expertise development team worked to create a proficient motion capturing system into the game to make it feel like real playing experience to its users..

We added rich graphics to interact users in the game and also design football pitch and random audience to deliver the finest UI/UX in the game-play.

Camera adjustment or camera settings was a real hurdle while development of this game but one of our expert team members analyzed the problem and came up with an efficient solution that filled that loop too.

Game speed is a prominent aspect of the game. We used emerging technologies and methods to load our game faster while delivering graphics rich game.